From warmth to style KD dance Arm Warmers are the perfect choice for dancers to those who appreciate quality knit wear. Accent your hand and arm expressions on Stage or the Dance Floor always in Style. Soft, comfortable and made to last, these arm warmers feel like second skin, featuring a thumb hole so they stay in place over your hand when putting on a jacket or of course dancing!

KD dance knits are constructed to last & snap back to new & retain their color after each wash. You will

Something Wonderful. Carmen McRae: Interpretations of Great Moments on Broadway. Plus rare singles and tracks from the TV show Jazz Casual

Something Wonderful. Carmen McRae: Interpretations of Great Moments on Broadway. Plus rare singles and tracks from the TV show Jazz Casual 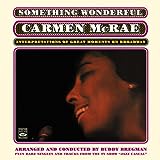 24 BIT
DIGITALLY REMASTERED
STEREO
C armen McRae (1920-1994) had a definitively personal way with songs and the aptly titled Something Wonderful captures this great singer s subtle and expressive handling of a set of Broadway tunes. At once casual and dramatically nuanced, sophisticated in her phrasing and insights, she is accompanied by the brassy jazz-tinged sounds, subtle woodwinds and polished, lush-stringed backing of a big band propelled by Buddy Bregman s magnificent scoring.<

Coming to the PS3 system, “Dance on Broadway”, a musical game that puts you center stage, performing the very best of Broadway right in your living room. Dance, sing and perform 25 Broadway-style choreographies from over 20 of the most beloved shows, including Fame, Billy Elliot, and Chicago. Take on your favorite Broadway roles, or cast your friends and family in fun duets. SYour name lights the marquee outside and people have lined up for days to see this show. As the people file in and take 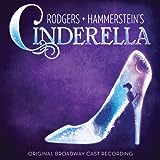