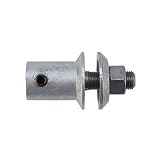 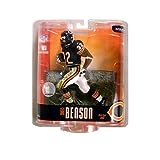 When Ames Bros and Pearl Jam get together you get an awesome tee like this one! It’s made of 100% cotton and features unique artwork on the front along with the band name. From Ames Bros!

These skates are perfect for cruisin’ around the roller rink. Image by Bart Heird
You don’t see this every day. A hit and run (he fled the scene on foot) driver nearly topples a parked car on our street. [3 of 3]

Another stranger in Chicago

Another stranger in Chicago Image by parkerpyne_investigates
This was another stranger who I asked to take a photograph of. She took a little bit of convincing but in the end I prevailed.

And I am glad I did. I picked her because she stuck out like a sore thumb at Millenium Park among all the tourists. I overheard her having a brief friendly exchange with a woman visiting from San Francisco and this convinced me that she would be approachable enough. And she was.

She looked to me like a native from Chicago but she told me that she was in fact from Pittsburgh but now living in Atlanta. She was visiting Chicago as part of a job training thing and that this was actually her first day in Chicago. Her name is Cherie (or maybe Sherry – she did not spell it).

It was funny to notice how differently she acted in front of the camera. She neither had the urge to smile nor look straight at the camera. Even more remarkable given that I must have been uncomfortably close to her with the Summicron 50mm. You can in fact see perspective distortion with her arms, something I should have been but wasn’t aware of when I took the photo.

Also, and this is instantly obvious when comparing this shot with the one of the Chinese girl, it’s a different film. I had in the meantime reloaded the camera, this time with Delta 100. It’s not a film I shoot very often and whenever I am close to convincing myself that I don’t like it, it tells me otherwise. I only did a little bit of contrast adjustment and sharpening but otherwise this is what the scan yielded. It appears to be a perfect match for this very sharp Summicron. 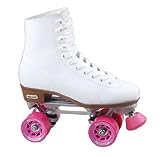