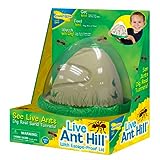 Image by Qole Pejorian
This is my second attempt; my colleague suggested brightening the photo to see more head detail, so I did.

Can anyone identify this bizarre buzzing creature?

This is a very strange insect I found sitting on the BBQ tongs at a friend‘s house. I took some pictures using my camera’s mediocre macro setting, and I was able to keep the resolution intact when uploading to Flickr by aggressive cropping.

The top photo isn’t as sharp as the bottom photo because, I think, the insect moved, but it gives you a much-needed side view. The bottom view lets you see the wings (only two wings, moving rapidly up and down) and other details very clearly.

The wings are moving in an odd plane (how can it fly like that?), the body is very fuzzy, and it has a long proboscis.

April in Vancouver, BC. Image by MTSOfan
Another shot of the same strange insect, this time without flash. And, you can see the hook-like structure at the end of its abdomen.
It looks like a weird cross between a moth and an earwig.

Update: a fellow Flickr person has identified this as a fishfly.