They were looking for the ultimate getaway, they planned for the perfect paradise vacation; what they’re about to get is a trip no one is prepared for. When a group of five girlfriends heads for the tropics, they relax, hit the beach and step out for a night of partying. All is fun and games, until someone gets hurt. Robbed by their tour guide and left for dead, the girls take shelter in an old abandoned resort. Their high hopes for safety are soon destroyed when an ancient evil is unleashed i

Widescreen THX version of the blockbuster

This critically acclaimed cult favorite, written and directed by Richard Linklater (The School of Rock), explores the last day of school – and one wild night – in the lives of high school students in 1976. Complete with bongs and bell bottoms, macrame and mood rings, and featuring classic rock music by Aerosmith, Black Sabbath and KISS, this superb ensemble cast of up-and-comers (Ben Affleck, Matthew McConaughey, Parker Posey and Milla Jovovich) delivers an enduring film that Rolling Stone calle

Fantasy Adventure. Acclaimed director Tim Burton brings his vividly imaginative style to the beloved Roald Dahl classic Charlie and the Chocolate Factory, about eccentric chocolatier Willy Wonka (Depp) and Charlie, a good-hearted boy from a poor family who lives in the shadow of Wonka’s extraordinary factory. Long isolated from his own family, Wonka launches a worldwide contest to select an heir to his candy empire. Five lucky children, including Charlie, draw golden tickets from Wonka chocolate 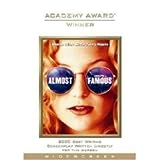 Incredible dancing and awesome music fuel STEP UP, the exhilarating and inspiring movie starring Channing Tatum (SHE’S THE MAN, COACH CARTER) who sizzles as Tyler Gage, a rough and streetwise hunk with raw talent. When Tyler finds himself doing community service at a school for the performing arts, he also finds Nora, a beautiful and privileged classically trained dancer who’s searching for a temporary replacement for her injured dance partner. Spying Tyler’s smooth moves, Nora decides to ta Weird Bill is Squid’s tribute to his most prominent influence, Bill Campbell, model kit box illustrator extraordinaire and creator of the Weird-Ohs!. Bill’s series of goofy monster model kits in the early 1960s was such a hit that it has been reissued twice! Weird Bill is fun, freaky, frantic and full of frenetic frappery!